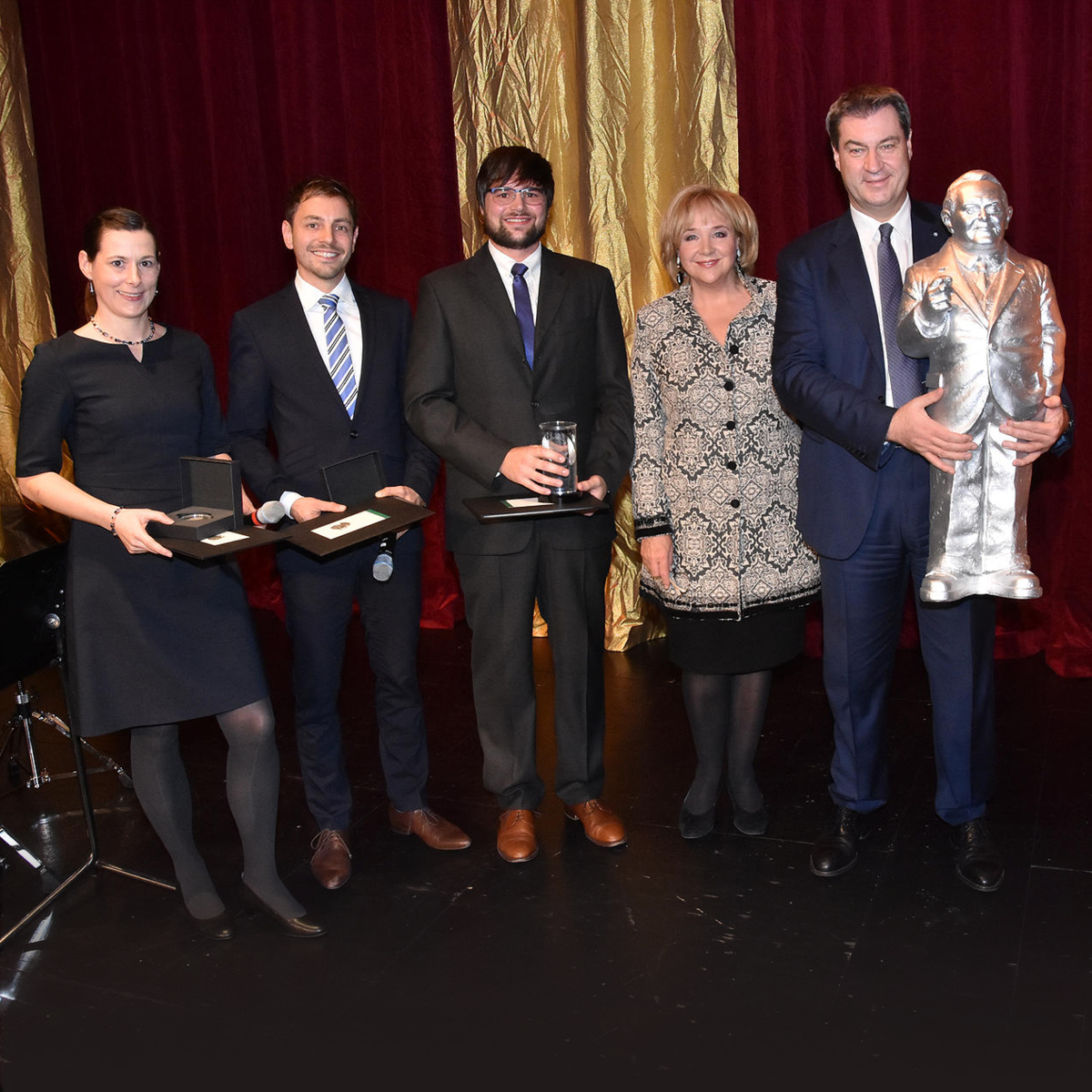 The supporting society Ludwig-Erhard-Initiativkreis Fürth e.V. seeks to keep alive and promote the memory of Ludwig Erhard in his native city of Fürth. The main focus is Erhard’s contribution to the theoretical conception of the social market economy, and his accomplishment in its practical implementation. The society was founded on May 5, 2002 marking the 25th anniversary of Ludwig Erhard’s death. It cooperates closely with the Ludwig Erhard Stiftung e.V. in Bonn. Federal Chancellor Dr. Angela Merkel at the awards ceremony for the Ludwig Erhard Prize in Fürth 2007 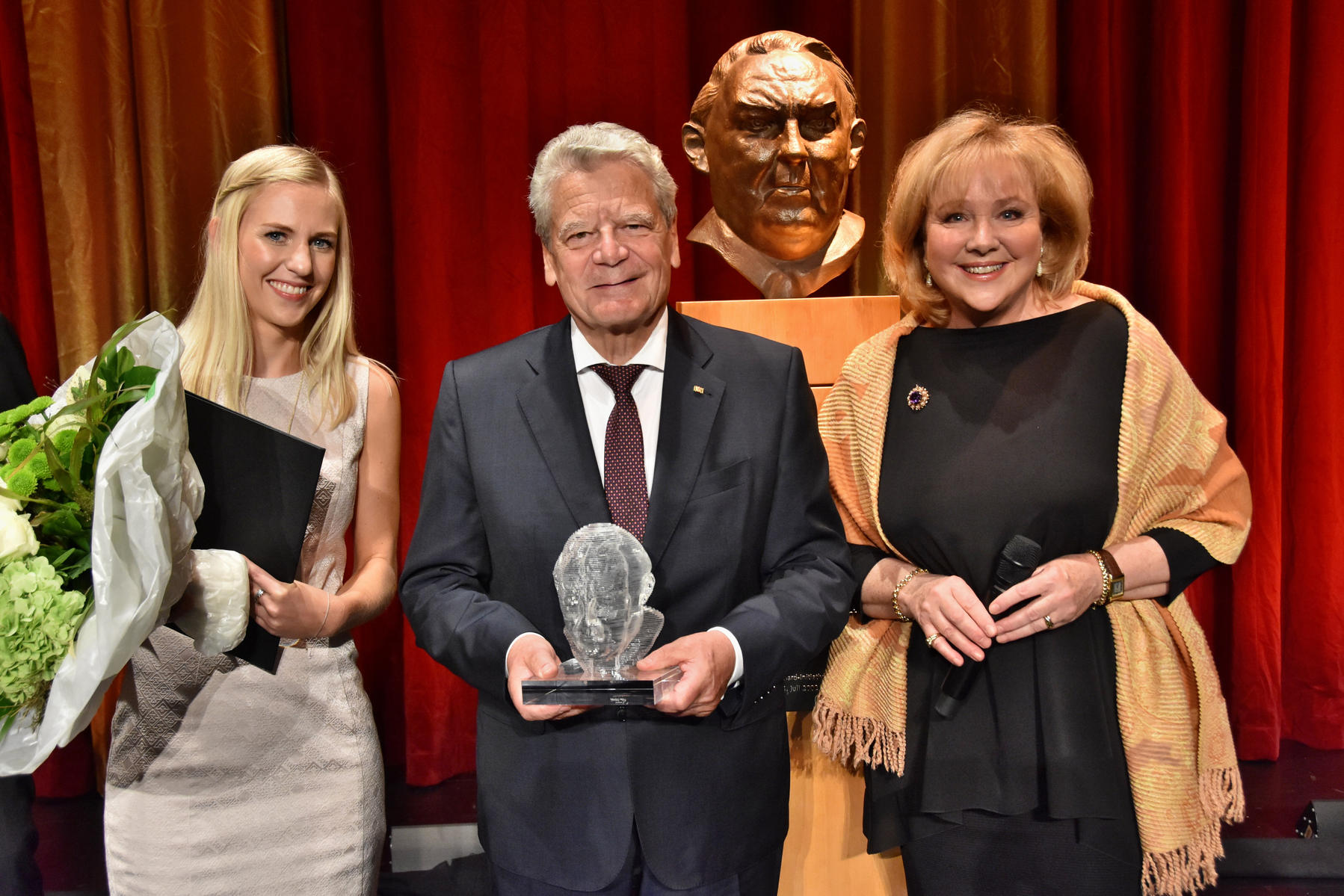 Former German Federal President Joachim Gauck with the prize winner from 2017, Dr. Franziska Engelhard (left) and the President of the Board of the Ludwig-Erhard-Haus Evi Kurz (right)