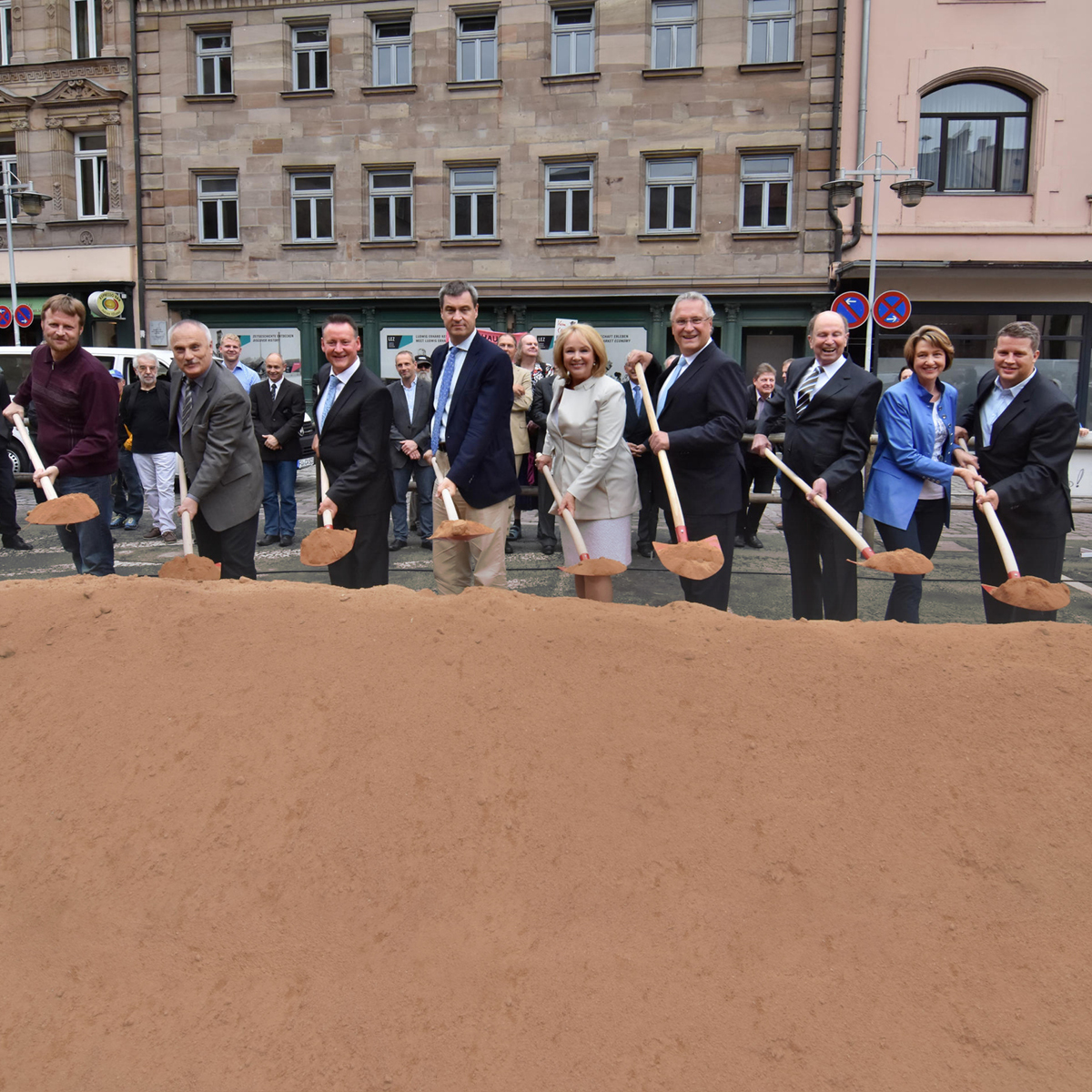 The starting point for the foundation of the LEZ was its authentic location – the heritage-protected building, which is the birthplace of Ludwig Erhard, directly next to Fürth’s historic town hall.

It was a long time before the LEZ was able to open its doors to the public however, which happened during a huge civic celebration on June 20, 2018, the 70th anniversary of the German Commercial and Currency Reform of 1948. The task not only involved devising an exhibition concept within a short space of time but also carrying out extensive building plans. Important stages before the opening were the tendering of an architectural competition for the new construction in 2013, the laying of the foundation stone in autumn 2015, the topping out ceremony in fall 2016, and finally the ceremonial inauguration by German President Frank-Walter Steinmeier and Bavarian Minister of the Interior Markus Söder in May 2018.

The 18-million-euro project was realized by the German federal states, the free state of Bavaria, the city of Fürth and the Ludwig-Erhard-Haus foundation, under which patronage the LEZ stands. 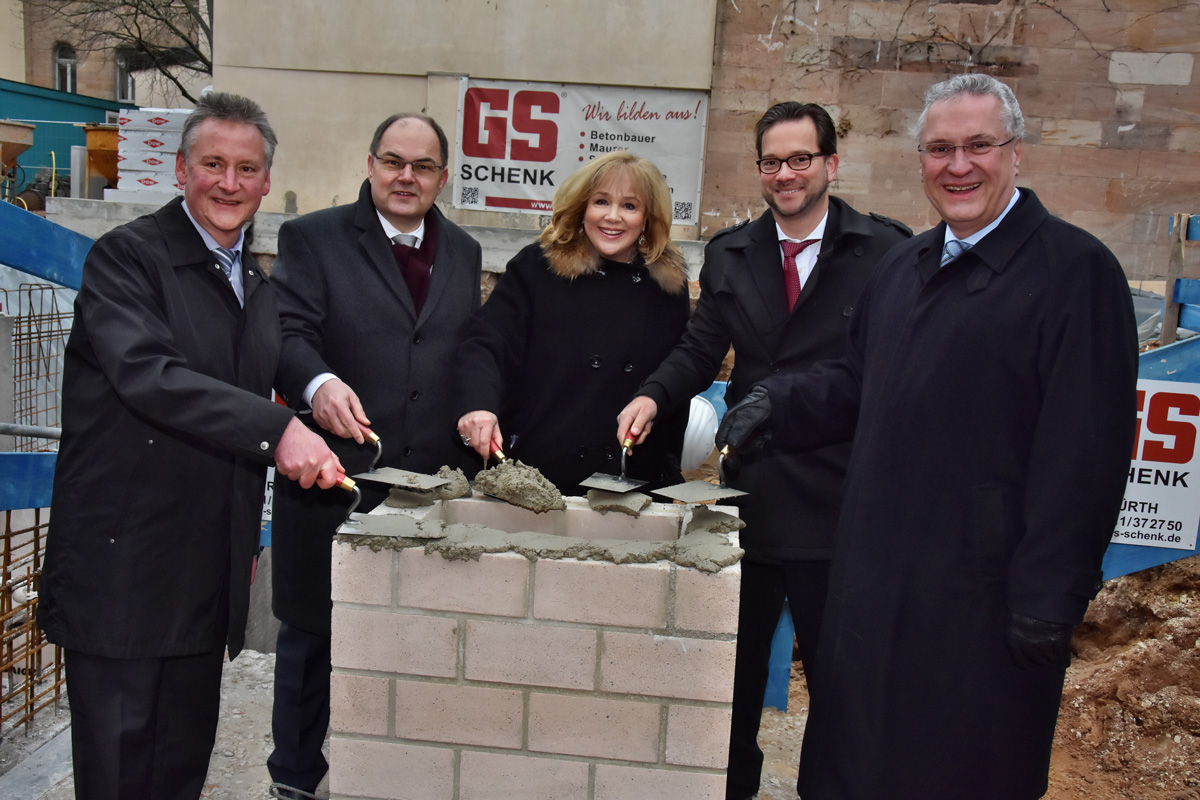 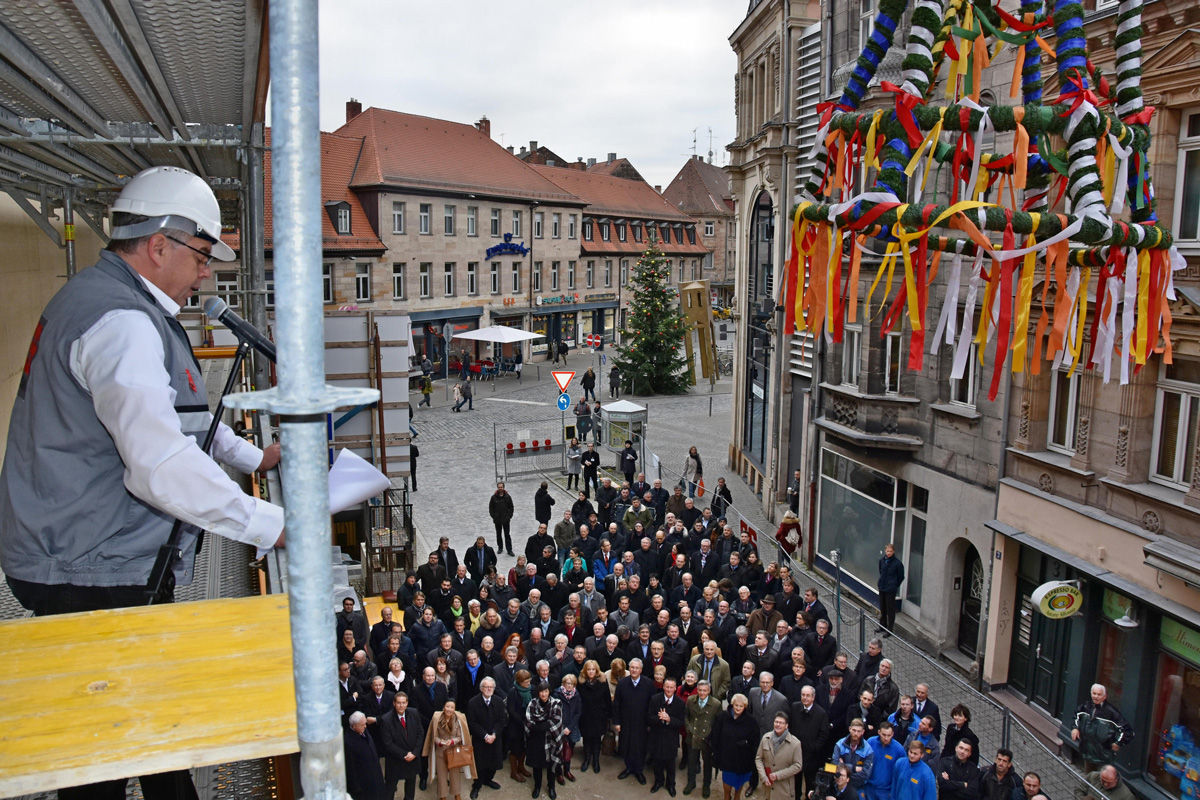 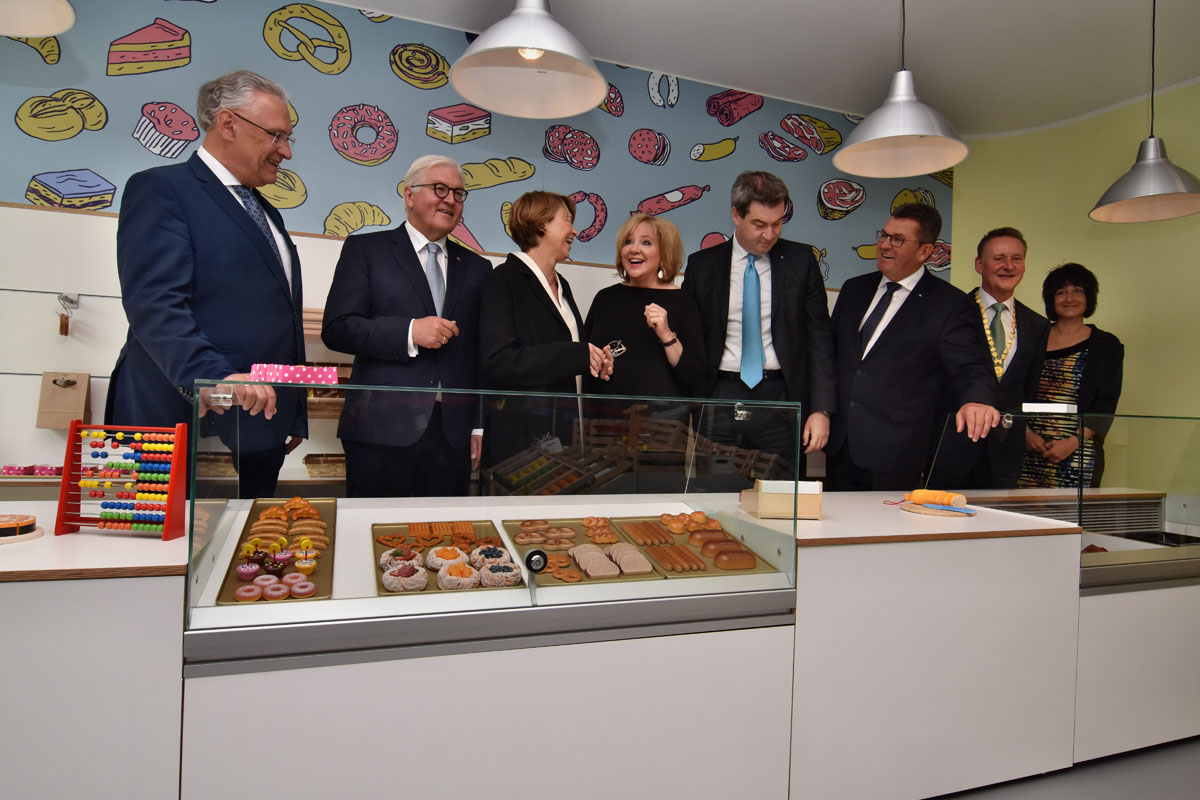 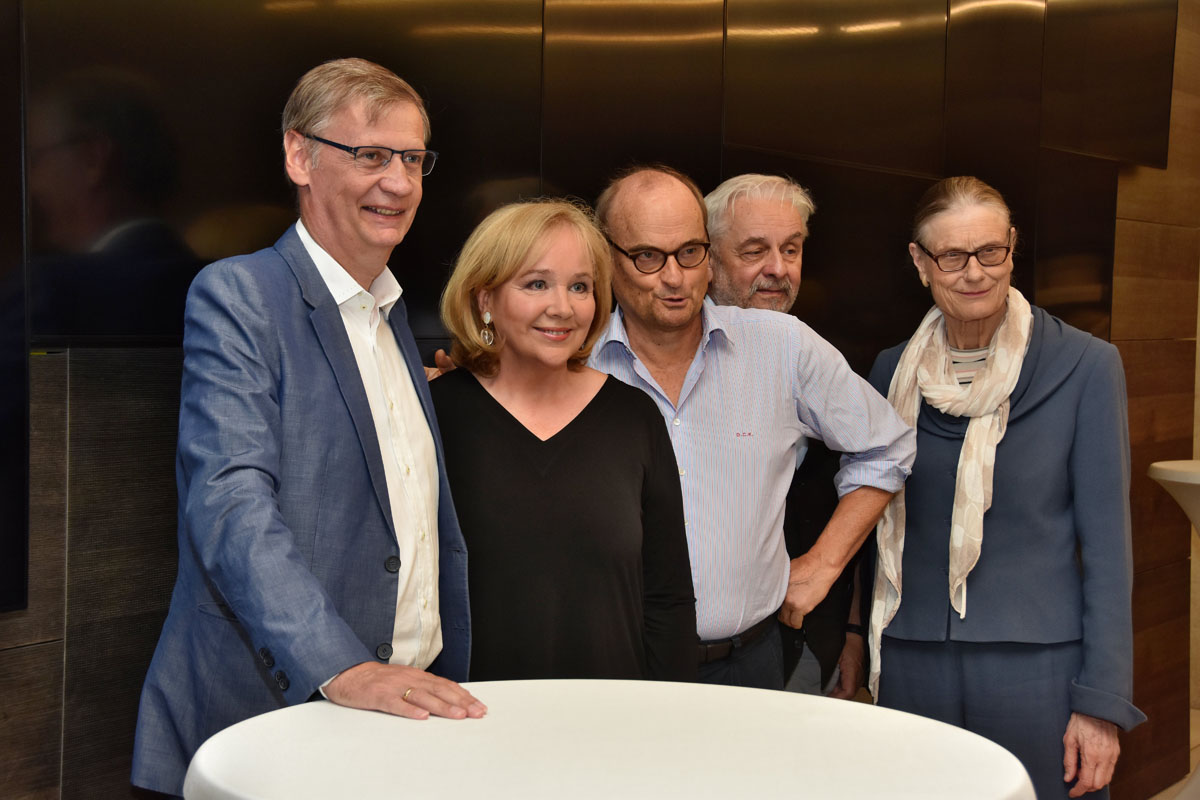 Opening of the LEZ, June 20, 2018, left to right: star guest Günther Jauch with Evi Kurz, Prof. Daniel Koerfer, Academic Curator of the Permanent Exhibition, Dr. Michael Henker, Deputy President of the Academic Council, Dr. Ingeborg Berggreen-Merkel, Member of the Board of Trustees of the Ludwig-Erhard-Haus foundation